Dropbox valued at $7bn at high end after filing for IPO 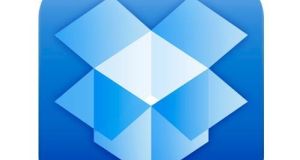 Dropbox (logo above) has 11 million paying users across 180 countries.

Data-sharing business Dropbox on Monday filed for an initial public offering of 36 million shares, giving the company a value of more than $7 billion at the high end of the pricing range.

A series of funding rounds had valued Dropbox at $10 billion, but investment bankers were doubtful about matching that valuation.

Dropbox, which plans to raise $648 million at the top end of the range, expects its debut price to be between $16 and $18 per share, the company said in a filing.

The venture capital arm of Salesforce.com Inc has agreed to buy $1 million of Dropbox’s Class A common stock in a private placement at a price per share equal to the IPO.

Dropbox along with music streaming service company Spotify are the year’s two most anticipated tech IPOs.

San Francisco-based Dropbox, which started as a free service to share and store photos, music and other large files, competes with much larger technology firms such as Alphabet’s Google, Microsoft and Amazon. com as well as cloud-storage rival Box.

In its regulatory filing with the Securities and Exchange Commission, Dropbox reported 2017 revenue of $1.11 billion, up 31 per cent from $844.8 million a year earlier.

Dropbox, which has 11 million paying users across 180 countries, said that about half of its 2017 revenue came from customers outside the United States.

1 Who are Ireland’s 17 billionaires?
2 Why has the pension age question suddenly become an election issue?
3 Restoring pension age to 65 would cost €620m a year, claims FF
4 Ireland has fifth-largest number of billionaires per capita in the world, says Oxfam
5 Chris Johns: Ireland risks populist culture war over property and pensions
Real news has value SUBSCRIBE