Google says it is looking to partner with banks, not be their rival 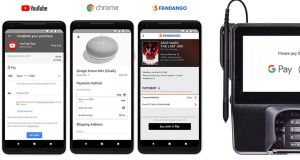 Google’s head of commerce partnerships said that while some banks might see Google as a possible rival, it is currently working with over 1,000 banking partners in 18 markets

Having recently unveiled a new unified payments service, which brings together Google Wallet and Android Pay, internet giant Google has said it is more interested in partnering with banks than replacing them.

Speaking to The Irish Times at the Finovate conference in London, Florence Diss, head of commerce partnerships for Google in Europe, the Middle East and Africa (EMEA), said the company is actively working with a number of banks to explore opportunities arising from the payments services directive 2 (PSD2).

PSD2, which came into effect earlier this year, effectively forced banks to open up their interfaces to third parties.

Ms Diss’s comments come as Google joined with KBC Bank Ireland at Finovate to demonstrate the latter’s mobile app, which allows users to open a current account in less than five minutes using a selfie for identification purposes.

Google has collaborated with the bank via its application programming interface, which easily allows customers to make mobile payments via its Google Pay service after signing up for a current account with the bank.

“Our banking partners want to have the best customer relationships and so we’re all about promoting the integration of our solutions with their own apps,” said Ms Diss.

She said the company was intent on enabling banks to focus on what the best services they can while helping them to easily introduce Google Pay to end users.

“We do a lot of heavy lifting behind the scenes because of course, most of the banks don’t necessarily see us as core so we’re doing a lot of unglamorous device gestation as there are hundreds of different devices that work with Android and making sure that they all work with one app isn’t something that our banking partners want to spend their resources on,” said Ms Diss.

In addition to unifying Google Wallet and Android Pay, the company recently rolled out an update to its app that offers added functionality.

Ms Diss said that while some banks might see Google as a possible rival, it is currently working with more than 1,000 banking partners in 18 markets.

She added that while the company is predominantly focused on the consumer payments space, it also sees opportunities on the business side.

“We never say no but currently with the proposition we have it is very much a consumer-orientated strategy,” said Ms Diss.