DraftKings to hire 30 software engineers as it opens Dublin operation 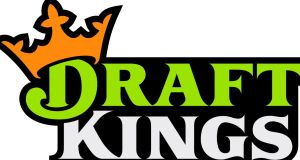 DraftKings, which is part-owned by Disney, launched its daily fantasy sports product in the Republic in 2017

DraftKings, the fantasy sports and gambling giant part-owned by Disney, is looking to hire up to 30 software engineers in Dublin as it opens up a new office here.

Founded in 2012, the Boston-headquartered company is the mian rival of Fanduel, in the daily fantasy sports industry. Fanduel is the US subsidiary of Flutter Entertainment – formerly known as Paddy Power Betfair.

DraftKings launched its daily fantasy sports product in the Republic in 2017. It said the company was looking to tap into the State’s tech talent pool for employees.

“Dublin is one of Europe’s top tech hubs and has deep roots in sports betting and gaming. Establishing roots in Dublin will allow us to provide more comprehensive coverage, respond quicker to issues and work in closer coordination with our international vendors, while recruiting the country’s world class tech and gaming talent,” said chief technology officer Travis Dunn.

The Dublin office will be led by Jack Murphy, who previously served as head of engineering excellence at travel technology company Travelport. The Waterford Institute of Technology graduate has also held leadership posts at Hewlett-Packard Financial Service and Irish banking software company CR2.

The company said it saw a 213 per cent per cent year on year growth in fantasy contest entries in the Republic last year with The National Football League being the most popular sport with customers here followed by golf and European football.

It was recently revealedthat Disney now owns a significant stake in DraftKings after acquiring Fox’s interest in the company as part of the $71.3 billion merger completed earlier this year.