Company has developed an artifact repository and caching for software assets 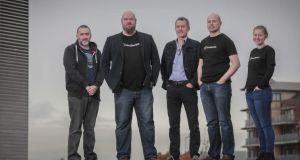 The funding round was led by Dublin-based Frontline Ventures and London’s MMC Ventures with participation from Techstart Ventures through its TechStartNI fund.

Cloudsmith, which was founded in 2013, has developed an artifact repository and caching platform that providing secure digital storage for software assets under development. The solution helps simplify, secure and accelerate software development and delivery pipelines.

The investment takes place after a pre-seed investment earlier in the year, and is to be used to ramp-up Cloudsmith’s R&D and marketing capabilities, with a focus on bringing to market what it says is the world’s first universal artifact caching service.

“We believe that the concept of provenance will play a defining role in the future of software security and quality. All companies need end-to-end visibility and control of the assets in their software pipelines. It’s important to have the support of Frontline and MMC as we enter this critical stage in Cloudsmith’s growth,” said Alan Carson, the company’s chief executive.

Steve Collins, a partner at Frontline and previously co-founder of both Swrve and Havok, said the work Cloudsmith is involved in was potentially revolutionary.

“The guys are building what is in effect a foundational element for the next stage in the evolution of software development and distribution. Protecting developers and businesses from the chaos of public software will be a game changer,” said Mr Collins.

1 How to avoid a communication breakdown
2 Samsung patriarch Lee Kun-hee dies at 78
3 How long can Government afford to keep State pension age at 66?
4 Ten of the most mysterious aircraft disappearances
5 Sea change in the west: deal divides seaweed harvesters
Real news has value SUBSCRIBE