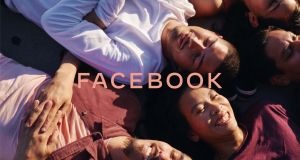 Hilary Clinton says Facebook chief executive Mark Zuckerberg “should pay a price” for how the platform has interfered with democratic processes.

Facebook the company may be eager to distance itself from Facebook the social networking app or it simply might want to make ownership of its other services more obvious. Motivations aside, Facebook has announced a rebrand: the old blue logo we recognise will now refer to the app only while a new multicoloured, all-caps logo represents the overarching company that also owns Instagram and WhatsApp.

“People should know which companies make the products they use,” said chief marketing officer Antonio Lucio, on the official Facebook blog.

“Our main services include the Facebook app, Messenger, Instagram, WhatsApp, Oculus, Workplace, Portal and Calibra. These apps and technologies have shared infrastructure for years and the teams behind them frequently work together. We started being clearer about the products and services that are part of Facebook years ago, adding a company endorsement to products like Oculus, Workplace and Portal.”

Meanwhile Hillary Clinton has fired shots at Facebook, the app, saying chief executive Mark Zuckerberg “should pay a price” for how the platform has interfered with democratic processes. Speaking at a screening of The Great Hack, a documentary about Cambridge Analytica, she said the warning signs are there that the spread of fake news and propaganda on Facebook will also play a part in the next US presidential election.