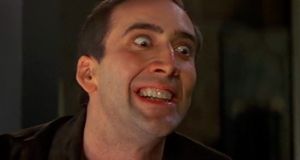 The concept of artificial intelligence (AI), specifically machine learning, being used for less-than-worthy causes has come to public attention this past week via viral videos of Nicolas Cage in movie clips. What is so interesting about Nicolas Cage movie clips, I hear you ask. Well, Cage is the star of movies he never made. You can find clips of him as Indiana Jones, James Bond and, um, Lois Lane. Finally, Face/Off makes so much sense.

Unfortunately, this kind of AI-assisted fakery will only become easier and more realistic according to Peter Eckersley, chief computer scientist for the Electronic Frontier Foundation, who told Motherboard: “You can make fake videos with neural networks today, but people will be able to tell that you’ve done that if you look closely, and some of the techniques involved remain pretty advanced. That’s not going to stay true for more than a year or two.”