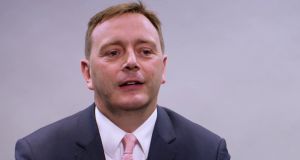 The company has developed technology that makes it easier to use the data you collect to answer questions and make links, find patterns and relationships. It makes data accessible through real-time search, dashboard analytics, knowledge graphs and real-time alerts.

The investment round was led by Atlantic Bridge University Fund, which backs companies built from world-class research.

Randles said he chose to work with Siren after recognising that it had developed a data investigation capability that was missing from the industry, combining search with business intelligence and what it refers to as knowledge representation. It is the linking of these three elements that gives Siren its edge over the current methods of data analysis.

Siren, which was originally formed around research into big data that came out of National University Ireland Galway, has already worked with law enforcement agencies, and is now moving to life sciences and financial services firms. The technology could be used to root out fraud or insider trading for example. It is currently working on 20 pilot projects in the two industries with various goals.

“What Siren has done is build a data intelligence platform to really help people to understand data,” said Mr Randles. “There are a huge amount of technologies out there to help you gather, store and cleanse data, but not a lot of intuitive technologies to allow you to understand it and ultimately investigate on that.”

Siren’s software allows you to keep your data in its native form – database, document stores, etc – and extract insights from it without the need to write complex code to do so.

“Our unique semantic approach enables fast responses to complex data investigation challenges,” said founder and chief product officer Giovanni Tummarello. “Our initial focus has been on working with national security services and police, where the mission-critical investigation of data is often done under intense time pressure. These capabilities have not previously been readily accessible in other sectors but we are now working with some of the largest financial and life sciences organisations to enable cross-dataset real time investigation.”

The company also plans to grow its workforce further, from the current 26. Most of its staff are currently based in Galway, but the company has a distributed model, with some staff in Cambridge and others in Italy and France.

“We’ll scale up where we find the talent,” Mr Randles said. “We have to be flexible.”