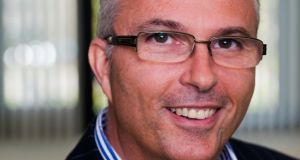 Ray Leclercq is expected to return to the UK. He was previously CFO of Dutch software firm Unit 4 and also worked at various senior levels at British telecommunications group BT.

The value of bonds in Denis O’Brien’s Digicel Group dropped on Wednesday as investors reacted to a decision by the phone group’s chief financial officer to quit after just one year, as well as another set of weak quarterly earnings.

Digicel, which operates in 31 markets across the Caribbean and south Pacific regions, said that Ray Leclercq, who became CFO at Digicel in Dublin last September, will leave the company at the end of September to “pursue other interests”. The South African was previously chief financial officer of Dutch software firm Unit 4 and also worked at various senior levels at British telecommunications group BT.

It is understood the South African has taken the decision due to changes in his personal circumstances and that he will be returning to the UK, where he has spent much of his working life.

The news came as Digicel’s bondholders and bankers, who are owed about $6.7 billion, received the company’s latest set of financial results, which showed that earnings before interest, tax, depreciation and amortisation (Ebitda) fell 2 per cent on the year to $249 million in its first fiscal quarter to the end of June.

Digicel’s $2 billion of bonds that are due to be redeemed in September 2020 fell by as much as 3.9 per cent to 67.1 US cents on the dollar on Wednesday.

Digicel’s results showed that total revenues declined by 6 per cent to $565 million, driven by a 9 per cent fall in mobile voice and data sales, even as mobile subscribers increased by 110,000 accounts to 13.9 million over the period, according to sources.

Still, revenues at the company’s high-margin business solutions unit rose by 21 per cent, while broadband increased by 29 per cent.

While the company is targeting a decline in its debt burden to 5.7 times Ebitda by the end of March 2019 from 6.74 times in March of this year, the ratio edged slightly higher, to 6.75, in June. A spokesman declined to comment on the results, some of which were first reported by Bloomberg.

“Digicel is a unique company embracing significant change and I am happy to have been a part of that journey,” said Mr Leclercq in the statement announcing his planned departure . “I would like to wish the team all the best as it continues to execute its transformation agenda.”

The company has already commenced its search for his replacement. In the meantime, deputy group CFO Jaswir Singh will step into the role on an interim basis.

Separately, Digicel, has appointed Jean-Yves Charlier as a non-executive director, replacing Michael Willner, who served on the board for the past three years. Mr Charlier served as chief executive of Veon, formerly Vimpelcom, between 2015 and 2018.

1 How much state pension will I get next year?
2 Oxford Covid vaccine trials offer hope for elderly
3 Ulster Bank to introduce new card payment controls on app
4 How long can Government afford to keep State pension age at 66?
5 Investors unnerved by Brexit, Covid-19 and US election jitters
Real news has value SUBSCRIBE