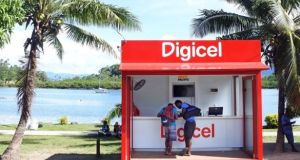 Orange is considering whether to launch an appeal in France’s highest court, the Cour de Cassation

French telecoms operator Orange has been ordered by a Paris court to pay Denis O’Brien’s Digicel nearly €250 million in compensation for anti-competitive practices in the French Caribbean, the company confirmed on Friday.

The Paris appeals court ruled this week that Orange must pay Digicel €181.5 million in damages and €68 million in interest, Capital magazine reported earlier on Friday.

The award will be shared with French phone company Buoygues Telecom, which sold its French West Indies business to Digicel in 2006.

A Paris court ruled in 2017 that Orange owed Digicel €179.6 million in damages, plus costs and interest calculated off an annual rate of 10.5 per cent dating from March 2009 after it was found to have abused a dominant position between 2000 and 2005 in the French West Indies.

After that first ruling, Orange set aside €346 million in an escrow account to cover the cost of compensation. However, Digicel took action, claiming the award should be €426 million – some €80 million higher – as the interest should have been calculated on a compound basis rather than the simple interest formula used by the French company.

Orange is considering whether to launch an appeal in France’s highest court, the Cour de Cassation, a company spokesman said on Friday.