Study shows Ireland in sixth place overall in Europe, having made most progress in EU 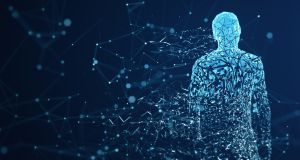 The Republic continues to rank first in Europe for the integration of digital technology. It also maintains the lead for use of ecommerce by SMEs.

The Republic has made the most significant progress in terms of digital transformation among European Union member states over the last five years, according to a new study.

The European Commission’s Digital Economy and Society Index ranks Ireland in sixth place overall in the rankings, which are led by Finland, Sweden and Denmark. The index, which is published annually, tracks the progress of countries with respect to their digital competitiveness.

This marks the second year the Republic has been ranked in sixth place after moving up from eighth spot in 2018. This year, it improved its overall score from 58 to 61.8.

The study measures the progress of member states towards a digital economy and society by looking at more than 30 indicators across five broad areas: connectivity; human capital/digital skills; use of internet; integration of digital technology; and digital public services.

Based on data compiled prior to the coronavirus pandemic, the Republic continues to rank first in Europe in terms of the integration of digital technology. It also maintains the lead for use of ecommerce by SMEs.

In the latest index, the State also entered the top 10 countries for use of the internet by individuals and maintained a top 10 spot for provision of digital public services.

There was no substantial change in the country’s position in the “human capital and connectivity” sections where it has lagged behind other nations.

In particular, the State was ranked in 23rd spot among member states for connectivity, due largely to fact that much of the country does not have proper access to broadband services and the relatively high cost of such plans.

1 Irish company to test vaccines on volunteers deliberately infected with Covid-19
2 Air travel never going ‘back to way it was’
3 Bank of Ireland sees more than 1,400 staff apply for redundancy
4 Why working in an office beats living at work
5 Should I switch bank now with Ulster Bank at risk of closing?
Real news has value SUBSCRIBE