Next government needs to create a national public genome project

Net Results: There is a lack of transparency over consent for usage of brain tissue DNA 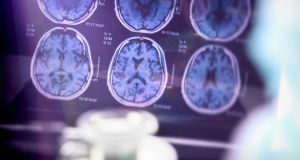 Another GMI proposal modifies consent requirements to enable the creation of a potentially commercial DNA database from up to 6,000 Irish individuals with Alzheimer’s. Photograph: iStock

Tomorrow is an important deadline. It’s the final day for Irish people who have donated brain tissue samples (or a donor’s family, if the individual is deceased) to decide whether to allow their DNA be used in ways not originally consented to when the sample was given.

This deadline signposts another. Like other modern nations, we absolutely must implement a not-for-profit, operationally transparent national genomics project that takes private companies wishing to sell our (lucrative) DNA out of the genomic driving seat, and gives ethical and procedural control back to the nation, for projects to benefit the public good.

The brain sample project is a microcosm of the pressing ethical issues created by our national genomic vacuum. The samples are held by Beaumont Hospital. The private genetics research company GMI wishes to use the samples, in part to create a large DNA database. GMI sells access to such databases to commercial third parties.

A number of steps, at variance with documented international research consent procedures, were taken on the route to allowing this project – initially rejected by the national Health Research Consent Declaration Committee (HRCDC) – to proceed.

First, the appeals process. The 12-member HRCDC considers difficult questions that arise when researchers wish to use patient data and direct consent might be difficult to obtain. If it feels such research is in the public interest, the HRCDC may grant permission in “limited situations”.

GMI wants to waive the need to obtain consent from relatives of the deceased, and from the 15 per cent of patients who are alive. Minutes from the HRCDC’s original review – and rejection – of GMI’s project proposal included a list of significant concerns about privacy and security. DNA is considered a special protected category of sensitive data under the General Data Protection Regulation.

Grounds for rejection included the committee’s “strong opinion that explicit consent” should be obtained from living patients, and concern about GMI’s “low level of transparency …  unless explicit consent was obtained, individuals would not expect their data to be … shared with GMI for genetic sequencing and subsequently shared by GMI via their duplicate database to other third parties for purposes that could include non-health research”.

The committee concluded “it was not evident that GMI’s use and commercialisation of the [tissue sample DNA] would directly and significantly benefit the public,” and refused the proposal.

GMI appealed the rejection - as it was entitled to do - to a separate, three-person appeals board. GMI arrived with seven people, including a senior barrister, to present its arguments. No patients’ advocacy group, no independent data protection specialist or genomics researcher, and no data ethicist was asked to present a counterpoint.

Such a procedural approach is highly unusual. I spoke to several international academic researchers who said the norm in research appeals was for the rejected party to submit further written documentation, not bring a lawyer and corporate executive team, as if to a court hearing.

The appeals panel reversed the HRCDC decision, but required Beaumont and GMI to make a limited attempt to contact patients and families for consent: run a few ads in newspapers before a three-month deadline. Again, unusual. Some of the ads coincided with the lockdown of the economy due to coronavirus, which affected print newspaper sales.

The consent process is worrying. The appeals decision lies at odds with the internationally-recognised ethical mandate to obtain consent from the living, not permit a default opt-in – exactly the view of the HRCDC. Recent published studies have concluded that there are good arguments for using postmortem samples for research, but only with transparent consent from the deceased’s family.

Another GMI proposal, approved in December by the HRCDC, modifies consent requirements to enable the creation of a potentially commercial DNA database from up to 6,000 Irish individuals with Alzheimer’s. The proposal potentially permits family members and, astonishingly, even “friends” or “carers”, to give consent. Consent form details are not public. Freedom of Information requests have been denied. This is not transparent consent.

Data from individuals with Alzheimer’s is globally recognised as demanding extra protections and all research proposals as demanding careful expert scrutiny. HRCDC minutes do not reflect independent genomics or medical ethics input. International experts I spoke to say this approach seems outside standard research and ethics practice for a vulnerable patient cohort.

We have no Irish regulatory structures at all mandating that such data, if gathered and monetised by private companies, also be shared with a public-funded, public-benefiting genomic research platform.

We lack a national public genome project (something that GMI says it supports) to offer such oversight, management and researcher support, and the necessary leadership for any commercial collaboration. It is not the norm for private companies to have sole control of large national DNA databases, as is our current, evolving situation.

As political parties in Ireland come together to hammer out a programme for government, the creation of a national public genome project, and a fix for our alarming shortfalls, should by a deadline priority for all.

1 Aldi empire wracked by family feud
2 Eason faces a defining chapter in its long history
3 Will PTSB be Ulster Bank’s knight in shining armour?
4 Cliff Taylor: What permanently low interest rates mean for you as a saver or borrower
5 Four-day week is a campaign worth watching
Real news has value SUBSCRIBE