Former top Ebay executives face charges in US of cyberstalking 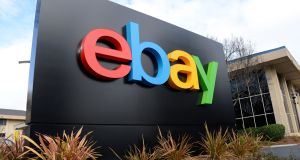 Two former top Ebay security executives and four other ex-employees face federal conspiracy charges of stalking the staff of an e-commerce newsletter by sending them live cockroaches and a funeral wreath.

Federal prosecutors claim James Baugh and David Harville led the elaborate harassment campaign, which also included trying to place a GPS tracker on a vehicle belonging to the married couple who own the small newsletter and sending them a bloody pig Halloween mask, according to the FBI.

“We are going to crush this lady,” one executive texted another, according to an FBI affidavit filed in court. The executive wasn’t named in the filing.

The indictments may offer clues to the circumstances of former eBay chief executive Devin Wenig’s abrupt departure in September.

Ebay said in a statement that “neither the company nor any current Ebay employee was indicted” and that it “was notified by law enforcement in August 2019 of suspicious actions by its security personnel toward a blogger, who writes about the company, and her husband” and “immediately launched a comprehensive investigation”.

As a result, the company said, it “terminated all involved employees”, including its former chief communications officer, in September 2019.

The company said there were “a number of considerations” that led to Mr Wenig’s departure.

“While Mr Wenig’s communications were inappropriate, there was no evidence that he knew in advance about or authorised the actions that were later directed toward the blogger and her husband,” it said.

Mr Baugh (45) was eBay’s senior director of safety and security. Mr Harville (48) was the company’s director of global resiliency. Both have been arrested. Neither immediately responded to LinkedIn messages seeking comment on the charges.

The affidavit portrays a conspiracy driven by revenge for the newsletter’s reporting on Ebay which included a story on executives’ compensation.

“We have not seen something like this before,” Andrew Lelling, the US attorney for Massachusetts, said at a news conference.

In meetings with staff, Mr Baugh “referred to having executive support for these actions” and stressed that the campaign be kept secret, the FBI said. In one staff meeting, the FBI said, he showed a photo of what he called a Samoan gang and claimed he would send the gang to the publisher’s home if the harassment didn’t silence the newsletter.

The defendants also face charges of obstructing justice during the investigation by allegedly deleting evidence.

1 Apple’s $250bn Irish dividend, Bank of Ireland’s U-turn, and the cost of divorce
2 Divorce: What will it cost and can you afford it?
3 ‘No demand... because there are no people’ at well-known Dublin pub
4 Transferring the family farm without a tax headache
5 Apple received $250bn dividend from Irish subsidiary in 2019
Real news has value SUBSCRIBE