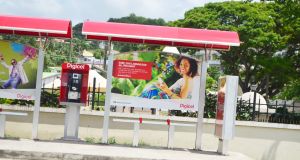 Digicel: underlying earnings before interest, tax, depreciation and amortisation (ebitda) at the group fell 8 per cent to $229 million (€192 million) for the three months from the same period last year. Photograph: iStock

Businessman Denis O’Brien’s emerging markets-focused telecoms group Digicel reported to creditors on Wednesday that its earnings dropped in its financial second quarter to the end of September as the coronavirus pandemic continued to weigh on business.

Underlying earnings before interest, tax, depreciation and amortisation (ebitda) at the group fell 8 per cent to $229 million (€192 million) for the three months from the same period last year, according to sources.

Including an €11 million hit from currency weakness in some of its 33 markets across the Caribbean, Central America and Asia-Pacific against the US dollar, reported earnings fell 13 per cent.

Still, earnings rose 5 per cent on the three months to the end of June, the height of the coronavirus crisis.

Service revenue declined by an underlying 2 per cent to $546 million on the year in the second quarter. A spokesman declined to comment on the figures.

The transaction involved the creditors swapping their bonds for securities of a lesser value and has been described by credit ratings agencies as a “distressed debt exchange”.

Last month, the group set about repositioning from its roots as a mobile company to brand itself a so-called digital operator by launching a series of apps and promising “powerful digital experiences”.

The company is forecasting that underlying service revenue will decline at an annual rate of 1-2 per cent in the current quarter to the end of December, with ebitda slipping 5-6 per cent, according to sources.

The company ended the quarter with $356 million of cash on the balance sheet, aided by the receipt of $114 million from French phone group Orange to resolve an anti-competitive practices case in the French Caribbean. Digicel is set to receive a further $72 million from Orange in the current quarter.

Digicel’s total debt stood at just over $5.7 billion at the end of September, leaving it at 6.1 times annualised ebitda. It sees the ratio coming to between 6.2 and 6.3 times for the full year to March.

Last week, Digicel launched an offer to buy back some of the riskiest bonds it issued in its debt refinancing earlier this year.

The company is now offering to pay as much as $10 million to buy back up to a quarter of $203 million of convertible notes – which can convert into a 49 per cent stake in the company in 2023 – at a deeply discounted rate of as little as 20 cent on the dollar. The very thinly traded bonds have been changing hands at as little as 13-15 cent on the dollar in recent times.