Net Results: There is one question every consumer with a phone should ask themselves 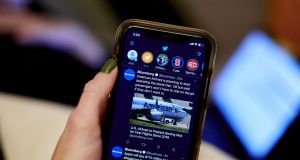 To SIM, or not to SIM? That’s a question that every Irish consumer with a mobile phone should be asking themselves.

But to date, your mobile provider has been unlikely to tell you why, or to enlighten you at the point when you have every motivation, as well as a legal right, to change or dump the contract arrangement and go SIM-only.

Over 20 years, I’ve had phones from various operators, and not once in two decades has the issue – oh wait, let me correct myself: the lower cost deal that I have been fully entitled to – been explained or offered.

I’m now at the end of a two-year contract that furnished me with an iPhone. What the network operator has told me so far, in a couple of perky text messages, is that I am “eligible” for “an upgrade” to a new handset.

While this is true, this phrasing is disingenuous and leaves out important details.

What they have not told me, is that according to the terms of those contracts that offer “free” or “discounted” handsets with a chosen plan, generally once that two-year period comes to the end, I own the phone. I can have it unlocked, and use any operator’s SIM.

What they also don’t explain is that offer of a new phone is not an “upgrade” for which I am “eligible” but just another two-year contract deal that they hope to lure the unaware consumer into with the offer of another handset. Your “upgrade” locks you into that new contract.

And that handset is not “free” nor, if you pay something towards it upfront on your contract, is it subsidised in any meaningful way. Because the whole point of the contract is that, over two years, you pay a premium (the added-in cost of your handset “upgrade”) for services you could get SIM-only at far lower cost.

Many people don’t realise they pay this premium. Many don’t even realise they are at the very least, entitled to that “upgrade” because sometimes operators don’t tell you that, either. As a result, many of us continue to subsidise a handset we’ve already paid for, forking over a premium for exactly nothing.

Most of us do not need a handset every two years. If you care about the environment, human rights, and abhor the brutal use of exploited labour, you really shouldn’t be casually “upgrading” a phone that will work just fine for years yet.

Every handset requires rare minerals, often mined in dangerous circumstances by oppressed and abused workers (including women and children), who make on average one dollar a day.

Manufacture is mostly done out of scrutiny in countries with poor human rights records. Rights groups have highlighted miserable conditions and employment abuses at some facilities. The creation (and discard) of millions of phones each year also has a notable environmental impact, according to Greenpeace and other environmental organisations.

So, keep your handset longer. Or buy a used one.

In doing so, you can avail of a SIM-only billpay or prepay arrangement at significant savings.

I found that I could cut my monthly bills by at least half. Depending on your operator, you could save considerably more, if you went from, say, a billpay contract with one of the main network owner/operators (usually the most expensive option), to one of the many companies that offer cheap SIM-only offerings that run on – surprise – those exact same networks.

That’s an early (and yet, still annoyingly belated) Christmas present to us all

I could drop my current contract, at €30 a month via a company that leases the use of a network (and offers comparable phones and service offerings to those big networks), and pay half that again, or even less, by opting for a SIM-only service.

For example, according to regulator ComReg’s handy comparison tool on its website, I could get an even better SIM-only data, call and text deal with virtual operator 48 (which uses Three’s network) for just €7.99 a month.

Such a deal might not work for people who travel outside the EU regularly and want a global roaming service, but, especially right now, that probably won’t matter to most.

According to a ComReg spokesman, consumers should make sure they understand their rights regarding mobile services, which are detailed in a document from the Irish Competition and Consumer Protection Commission.

More importantly, he told me that change is coming (at last), because a 2018 EU Directive, the European Electronic Communications Code, has to be implemented by December 21st (raising the question of why Irish consumers have had to wait until the absolute deadline for its implementation, however).

“The new rules mean that in certain circumstances customers will be notified when their contract is coming to an end and also provide best tariff advice,” he says. “In addition to contractual information, there is a further requirement to lift any restriction on the handset when any compensation due has been paid.”

Well, hallelujah. That’s an early (and yet, still annoyingly belated) Christmas present to us all.

‘Hot market’ sees Sky ramp up film and TV investment in bid to ‘own its future’ 08:00
Shareholders to vote on €718m Applegreen deal 07:46
Top hedge funds reap biggest gains in a decade during pandemic 07:04
Asian shares near record highs as US stimulus plans offset virus woes 06:53
The rich get richer, vaccine uptake and the family business adapts 06:40