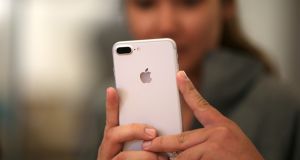 Apple unveiled plans to build the data centre in February 2015.

A final decision on plans by tech giant Apple to construct an €850 million data centre in Athenry has been postponed until mid-October.

It was expected that a decision would be made on the matter this week but the Courts Service confirmed on Wednesday that the case would not now be heard until October 12th.

An Bord Pleanála granted planning permission for the development of the Galway centre last year. However, the project is the subject of a judicial review on environmental grounds following appeals by local residents and a landowner.

Sinéad Fitzpatrick and Allan Daly claim the permission is invalid on grounds including that An Bord Pleanála failed to carry out a proper environmental impact assessment of the proposed development at Derrydonnell on the outskirts of Athenry.

Apple unveiled plans to build the centre in February 2015 on the same day it unveiled plans for another facility in Denmark. The tech giant has now finished the Danish project, while the Co Galway site has still to get the green light.

Earlier this month Apple announced plans to build a second data centre in the country. It also said last week it intends to build its first data centre in China in the southern province of Guizhou.

More than 2,000 people staged a march in support of the centre in Athenry last November while local businesses in Co Galway have expressed concern the project may get shelved, which would cost the region hundreds of jobs.

Some 300 jobs are forecast to be created over multiple phases of construction and ongoing employment in the operation of the centre with 150 technical staff to be employed on an ongoing basis.

Should the project proceed it would be the single biggest private-sector investment in Connacht.

Apple has said it needs the centre to deal with the exponential growth in demand for data processing and storage. It has described it as a critical piece of infrastructure needed to support global demand for storage.