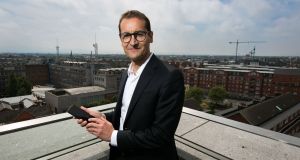 Mobile users will soon be able to make and receive higher-quality calls and benefit from improved coverage and connectivity with the rollout of a new standard by Vodafone Ireland.

Vodafone, the country’s largest mobile operator with 1.95 million subscribers, said it intends to roll out both VoLTE and a sister service, VoWifi (voice over wifi) from early next year.

The move comes after the operator recently completed a round of technical trials for the new services.

Customers using VoLTE will be able to benefit from significantly faster call setup times. The standard also delivers big improvements in call quality and reliability thanks to a seamless switch to traditional cellular networks if customers move outside 4G coverage during a call.

VoLTE also promises a better data experience for users as mobiles should stay better connected to 4G networks rather than frequently slipping back on to 3G ones as happens frequently now.

The VoWifi service meanwhile means that customers will soon be able to make and receive calls from even more places in Ireland through wifi.

“Bringing VoLTE and VoWifi to our customers offers an even better voice experience and will be an exciting addition to Vodafone’s offering,” said the company’s head of networks Max Gasparroni.

VoLTE is integrated into compatible devices as a native dialler, which means there is no need to use an additional app. Customers should not be charged extra for the service either.

While consumers are set to benefit from the rollout of the new standard, mobile operators will also likely gain as more efficient use of their networks should lead to lower operational costs.

A number of mobile phones are VoLTE-compatible, including all Apple iPhone 6 and 7 models, the HTC 10 and various Samsung devices, including the Galaxy Notes 4, 5, and 7, and versions of the S5, S6, S7 and S8. However, as yet, Vodafone Ireland has enabled the service to run only on the Samsung S8.