Weblog: Research shows education levels matter to women – not so much for men 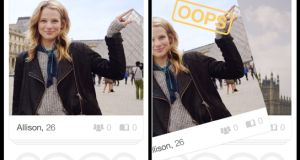 Fake Tinder profile: Does she have a degree? Does he care?

This week in dating apps research: women on Tinder prefer highly-educated men and compulsive checking of dating apps can leave you feeling lonelier than ever.

Researchers at Ghent University in Belgium created 24 fake Tinder profiles. Why, you ask? All profiles, heterosexual males and females, were identical apart from one difference: they were randomly assigned an education level of either a batchelor’s degree or master’s degree. They analysed whether 3,600 real Tinder users swiped left or right and discovered one key difference between men and women: while women consistently showed a greater interest in the profiles with a master’s degree, men didn’t much care either way – education wasn’t factored into their motivation to swipe right.

Meanwhile, Ohio State University researcher Kate Coduto looked at how college students use dating apps and found that those who identified as compulsive users admitted to missing classes and assignment deadlines when caught up in swiping. And if this wasn’t bad enough, they ended up feeling even lonelier than before and socially anxious to boot.

“If they were [already] lonely, that’s what made the problem significant,” she said. “That combination led to compulsive use and then negative outcomes.” news.osu.edu

1 Moving in and out of lockdown is a recipe for economic disaster
2 Shed Distillery in Leitrim to open €3m visitor centre next month
3 Revised help-to-buy scheme opens for applications
4 Stripe lures Dhivya Suryadevara from General Motors to be CFO
5 Objectors stall production of enough timber for 5,000 houses
Real news has value SUBSCRIBE