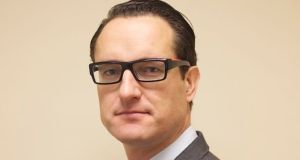 Eagle Alpha, an Irish company that analyses alternative data such as social media on behalf of asset managers, has raised $2.4 million (€2.1 million) in what is its largest funding round to date.

The latest investment brings total funding secured by the company since it was set-up in 2012 to $8.7 million (€7.8m).

The company said it intends to use the new funds to hire additional data scientists and engineers.

“We are investing heavily in our technology and team to meet our customer’s needs of prioritising the right datasets with the data explosion that is happening,” said Mr Kilduff, the company’s chief executive.

“To date alternative data has been primarily utilised by asset managers and hedge funds. Our mission is to increase the adoption of alternative data globally and to see it established as a mainstream source of data across multiple industries,” he said.

Eagle Alpha identifies, distils and aggregates large amounts of data generated using over 1,000 datasets to help investors make strategic decisions around where to put their money.

The company earlier this year announced a new alternative solution that enables private equity firms to acquire alternative data on a per company basis instead of an entire dataset and a pay-as-you-go basis over an annual license.

The last publicly available accounts for the company show it had accumulated losses of €5.8 million at the end of 2017.

The company has predominantly been supported by business angels from the hedge fund, investment and technology sectors Backers include Satori Di Borgoricco, former head of distribution at Barclays and co-founder of alternative asset manager Blueglen Investment Partners.

“With the support of our strategic investors we are accelerating development of our technology solutions, expanding our number of data partners, increasing penetration of our existing buyside vertical and paving the way for new verticals such as private equity and corporate entities,” said Mr Kilduff.