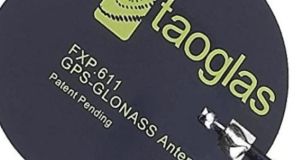 Established in 2004, Taoglas is focused on next-generation technologies in 5G, the internet of things (IoT), and satellite navigatio

Taoglas, a Co Wexford-headquartered company that designs and makes high-tech antennae, has acquired Dublin-based Firmwave for an undisclosed sum.

The deal marks the second acquisition this year for company, which also bought US rival ThinkWireless in January.

Established in 2004, Taoglas is focused on next-generation technologies in 5G, the internet of things (IoT), and satellite navigation. Led by directors Dermot O’Shea and Ronan Quinlan, the company has facilities in Dublin, Enniscorthy, Taiwan, the US, Germany and China, and employs more than 300 people.

Firmwave is an IoT product design and engineering company founded in 2015 by Adrian Burns, Ciaran Burns and Fintan McGovern. The company has developed IOT/AI and machine learning solutions for customers including Vodafone and Glen Dimplex through its Edge technology platform.

Both Taoglas and Firmwave have facilities in DCU Alpha in Dublin and have previously collaborated on a number of projects, including the roll-out of Taoglas Shift, an artificial-intelligence (AI) beam-steering system for 5G Networks.

Mr O’Shea, Taoglas’s co-chief executive, said the acquisition would allow it to extend advance IoT design and component solutions to its many customers.

“In the past we’ve sometimes had to partner with other firms for design services and in doing this we have been in a situation where we lose control of the customer. With Firmwave onboard we can do everything in-house and don’t have to bring in a subcontractor or recommend someone else to our clients,” he said.

Following completion of the transaction, Taoglas will have over 350 employees, of which 100 are engineers. Mr O’Shea said the company expects to increase headcount further in 2020. He also said the company, which recently added high-performance speakers to its product line, was considering further acquisitions as it looks to take advantage of business opportunities.

Firmwave’s chief executive Adrian Burns said the company was excited to be joining Taoglas, a company he said is highly regarded globally.

“We always looked up to them and since our first meeting with Ronan and Dermot realised we shared the same vision of where the market is going and where the opportunities are,” said Mr Burns.

The last publicly available accounts for Taoglas showed it posted strong increases in sales and operating profit in 2017, a period when it shipped 14.5 million antennae globally.

Turnover rose by 29 per cent to €44.6 million in the year with operating profit increasing by 7.7 per cent to just under €4.4 million.