Acast platform has knack for curating podcasts with a twist 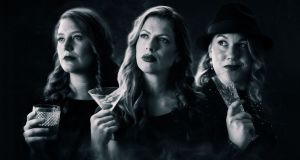 I’m a sucker for a comedy podcast with a twist and the Acast platform has a knack for curating some of the most interesting. While searching for something equally chuckleworthy in between James Acaster and Ed Gamble’s Off Menu episodes I came across Drunk Women Solving Crime. Like the former podcast, the idea is that the hosts chat with fellow comedians but the format involves getting tipsy on gin and tonic while attempting to tackle true crime cases.

The first episode features Canadian comedian Katherine Ryan who talks about her own personal brushes with crime including the time an ‘inflatophiliac’ (I can’t explain, just listen to the story) conned her with a radio show competition. The meat of the show, however, is about 10 minutes in when the tipple has had its mellowing effect, and everyone gets stuck into solving historical crimes.

The debut episode looks at the strange case of Margaretta Peter, a religious fanatic living in 19th century Switzerland who ended up being beaten and crucified by her followers but not before urging them to kill her sister with hammers. It’s sinister stuff but levity abounds in the form of wisecrack insights from the three hosts and their guest.

1 Opioid executive admits to ‘no morals’ ahead of prison term
2 Are there annual limits on inheritances or gifts to a child?
3 Pilita Clark: When a rude boss keeps you waiting, why not walk out?
4 How Tony Buzan used mind maps to doodle his way to millions
5 NI house builder apologises to Harry and Meghan over adverts
Real news has value SUBSCRIBE