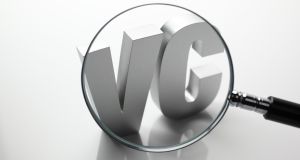 The Irish Venture Capital Association survey showed a pattern of decline, with investment falling by 33 per cent in the first nine months of the year to €546 million. Photograph: Getty Images

Venture capital funding fell significantly in the third quarter of the year, decreasing by 47 per cent to €170 million, according to the latest reports.

The Irish Venture Capital Association (IVCA) VenturePulse survey showed a pattern of decline, with investment falling by 33 per cent in the first nine months of the year to €546 million.

“The third quarter confirms our earlier fears of a significant slowdown in the market this year. We know that the Government is considering initiatives to mobilise capital to this sector,” said Alex Hobbs, chairman of the IVCA. “These figures illustrate that we urgently need to see a meaningful response and action to address this. This is of particular concern at a time of global economic uncertainty when we need to be doing all we can to boost our indigenous technology sector for the future.”

The largest decline during the quarter was seen in deals above €5 million, which have fallen in both value and volume by about 30 per cent. Seed funding also fell, with the total for the third quarter falling by 13 per cent on the same period in 2017. However, the pace of decline had slowed from the second quarter of 2018, when seed funding fell by 39 per cent.

“Seed funding accounted for 23 per cent of the total funds raised in the third quarter,” said Sarah-Jane Larkin, director general, IVCA. “The decline in seed funding is being driven by the volume of deals – down 32 per cent in number. The average seed deal size is broadly similar year on year.”

Some €94 million of the total invested in Irish firms in the third quarter came from international syndicate investors, with overseas backers making up 58 per cent or €300 million of the total funds in the first nine months of the year. That was broadly similar to 2017 figures.

“This emphasises the importance of international relationships as global investors usually like the reassurance of participating with an Irish VC company or provide follow on from an initial local investment,” said Ms Larkin.

The IVCA also warned that Ireland is in danger of falling behind rival countries for investments in start-ups. Mr Hobbs cited recent European Investment Fund findings that noted Ireland would need to increase its start-up fundraising activities by five times the current level to catch up to Israel, when fundraising is taken as a percentage of GDP.

“The gap is widening between countries’ investment activities and now is not the time for Ireland to fall behind,” he said.

1 Ireland faces 'deep downturn' this year and may not rebound until 2024 if there is a second wave
2 ‘The rental situation stops me moving back home’
3 John FitzGerald: Civil Service expertise key to Government policy
4 Ryanair pilots accept 20% pay cut, airline says
5 Why are markets booming when a crash is on the way?
Real news has value SUBSCRIBE