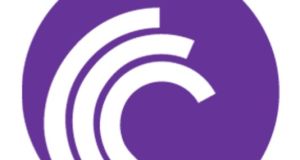 While torrenting itself is perfectly legal, unauthorised file sharing of copyrighted material via BitTorrent constitutes piracy.

One Hollywood film director has decided to turn torrenting on its head by releasing the official movie on popular file sharing site RARBG: Lee Gardner, director and co-writer of the film Adopting Trouble, released the master file for free download just ahead of putting it out via Amazon for sale or rental.

Gardner sees this as the most cost-effective way to whip up attention for his movie: “The thing they never tell you when you are making your film is that you won’t have enough money for marketing and without it, no one will see your film. Maybe torrenters can fill that gap and spread the word on independent films.”

Speaking to torrent news site TorrentFreak, Gardner said he wished piracy didn’t exist but doesn’t think it will ever go away: “Our little three-man production company certainly doesn’t have the means or the time to go after people the way Hollywood does.”