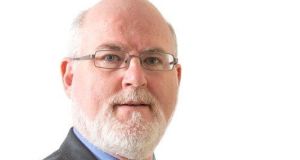 Gerry Fahy has 35 years’ experience in the telecoms industry

Gerry Fahy has been appointed chairman of the telecommunications regulator ComReg.

The appointment of Mr Fahy, who has been a commissioner in ComReg since 2013, was announced by Minister for Communications Denis Naughten.

His term will run until the end of August 2018. ComReg’s three commissioners will remain Mr Fahy, Jeremy Godfrey and Kevin O’Brien.

An engineer by profession, Mr Fahy has 35 years’ experience in the telecoms industry.

He began his career in the Department of Posts and Telegraphs, planning and overseeing the constructing of national radio link and fibre-based transmission networks.

Following the takeover of Eircell by Vodafone in 2001, he served as director of strategy and a board member.

1 Who are Ireland’s 17 billionaires?
2 My father in a nursing home wants to gift me his house
3 Are there annual limits on inheritances or gifts to a child?
4 Corporate tax change is inevitable, says Donohoe
5 Northern Ireland drops campaign for lower corporation tax rate
Real news has value SUBSCRIBE