Some of the best phones for under €200 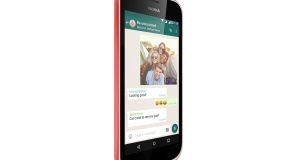 If your budget won’t stretch to the top phones, there are still plenty of options for Christmas gifts.

Before Apple and the iPhone, there was Nokia. The former king of the smartphones has had a rough few years, but under HMD Global, the brand is back and producing Android-powered handsets that cover all the bases. In the budget category, you have the Nokia 1, a 4.5-inch device that ditches some of the frills to cut the price but is still a decent phone. It has a 5 megapixel camera with a 2 megapixel front facing camera, and runs Android Oreo (Go edition). It only has 8GB of storage space, so it’s worth investing in a micro SD card; the phone supports cards up to 128GB. You can also customise the phone with swappable covers. If you are of a certain age, you’ll remember when Nokia introduced Xpress-on covers; the company has now resurrected them for a new generation.

Where to buy: Carphone warehouse

If you’ve never heard of Xiaomi, be prepared to hear a lot more. The Chinese smartphone maker has begun selling its phones through Irish networks - Three Ireland offers a couple - and the Redmi Note 5 combines affordable prices with a decent spec. For example, the front facing camera has 13 megapixel resolution, and the display, which measures almost six inches, if full HD. There is a dual rear camera with 12 megapixels and 5 megapixels. The battery is bigger than you’d expect at 4000 mAh, so you’ll get longer between charges.

Where to buy: Three Ireland

The Moto G has always been a bit of a bargain. The sixth generation of the phone is no exception. A 5.7 inch display, a decent resolution on the camera and enough RAM at 3GB to run moderately taxing tasks make this a good all-rounder. It’s got a good camera too, and the full HD display is more than you’d usually expect on a budget phone. Where it saves is on features such as water resistance, a lack of wireless charging and a lower powered chip.

Where to buy: Komplett

Vodafone’s own brand Android handset is budget in price but not in features - for the most part. A 5.5 inch HD+ display, a 3000 mAh battery that will keep you going for most of the day and a decent design that looks more expensive than its price tag suggests all go in the phone’s favour. The camera isn’t its strongest feature, with a 13 megapixel sensor that does fine in normal light but struggles a little in poor conditions. But for that price, it’s certainly punching above its weight.

Huawei is really going at the smartphone market with the P20. In the premium end, there’s the P20 Pro; the regular P20 is pitched more at the mid-range buyer and at the lower end of the scale is the P20 Lite. The Lite has an LCD display, 16 megapixel camera, 64GB of space and a card slot to expand capacity. It has a dual camera, like the regular P20, which means low light performance isn’t as impressive as the Pro, but that’s why the Pro has a higher price tag.

Where to buy: Three Ireland