Starter smartphones for €150 and under 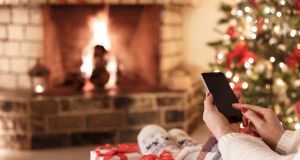 Smartphones don’t have to be expensive, especially if you are looking for a first phone for a child. €150 can get you a lot these days in terms of features.

When it comes to starter phones, the Nokia 1 Plus is a good option. It’s not the highest spec - an 8 megapixel camera, a display that measures just under 5.5 inches and is IPS rather than the AMOLED you would find on more expensive phones, 8GB of internal storage - but it can be customised with swappable covers.

That said, the screen is better than you would expect from a budget phone.

The Nokia 1 Plus is loaded with Android 9 Go, which means the software takes up less space and runs faster than the standard version would on the phone. That’s important because of the 8GB of onboard storage, and although it can be expanded with a memory card of up to 128GB in size. It also has two increasingly rare things in smartphones: a removable battery and a headphone jack.

You can have it unlocked, sim-free for just under €100.

Where to get it: CarphoneWarehouse.ie

If you still struggle with recognising Huawei as a brand, you probably haven’t heard of Xiaomi. But the Chinese phone maker has some good smartphones that won’t be quite as hard on your pocket as the more well-known brands. The Redmi 6 has the same size screen as the Nokia 1 Plus, but it looks sharper, plus the whole package looks a bit more sophisticated.

The camera is also more advanced, with a dual rear camera that comes in at 12 megapixels and 5 megapixels respectively, and it is powered by an octa-core processor. While it won’t trouble the top end of the market, it’s still one of the better budget phones when it comes to multitasking and performance. Plus it has a decent battery, at 3000 mAh.

It’s exclusive to Three, so you will have to take it as a prepay option if you don’t want to sign up for a bill

Where to get it: Three.ie

Speaking of Huawei, the P Smart 2019 also offers a dual rear camera, going for a 13 megapixel and 2 megapixel combo, with an 8 megapixel camera for selfies. It bumps the screen up to more than 6.2 inches, and shrinks the bezels so it’s almost all screen. On the inside, you get 64GB of space for your photos and apps, plus a micro SD card slot to expand it by another 512GB, which you may need if you shoot a lot of video - the P Smart can shoot at 1080p. There’s an octa-core processor too, and a decent battery to keep that screen going.

Where to get it: Tesco Mobile, Eir, Vodafone, Three

One of Vodafone’s own-brand Smart range, the N10 offers a larger screen at 5.7 inches, with an edge to edge display. The rear camera clocks in at 8 megapixels, with the front offering 5 megapixels for selfies - both adequate as long as you don’t push it too much in terms of lighting or moving subjects. There’s 2GB of RAM, a quad-core processor and 16GB of internal memory under the hood. It also supports face unlock for security.

It’s Vodafone only, naturally, but you can get it on pre-pay for just under €100.

Where to get it: Vodafone.ie

Another phone offering a dual camera, the Samsung A20e is a good all-rounder. It comes with 32GB of internal storage and the ability to expand it further, a 5.8 inch display Infinity display and 3GB of RAM to make things run smoothly. The dual camera is a 13 megapixel and 5 megapixel double act, and the front facing camera opts for 8 megapixels, which is enough for selfies and the odd TikTok video. The A20e also has an in-screen fingerprint reader for security.

Where to get it: Eir, Vodafone