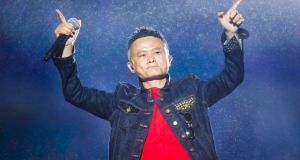 Nearly four years ago Ant Group’s then chief executive Eric Jing made going global a core mission, taking to a Davos stage to lay out a vision of building a worldwide customer base of two billion people within a decade.

Since then the fintech arm – whose controlling shareholder is Jack Ma, founder of Chinese internet giant Alibaba – has struggled to realise its international ambitions, with investments faltering in markets from the UK to India and southeast Asia. Overseas operations still account for less than 5 per cent of Ant’s revenues.

The company hopes its blockbuster initial public offering expected this month can put it back on track, with 10 per cent of the more than $30 billion (€25.3 billion) it wants to raise destined for its international expansion.

But like many leading Chinese companies that have made it big in a vast home market free of international competitors, it faces a challenge replicating its success overseas.

“While Ant is hugely successful in China, the importance of international expansion is real,” said Howard Yu, professor at IMD Business School in Switzerland and Singapore. “Relying on one single market for growth always entails risk.”

Getting overseas merchants to accept Alipay was the first step in its global strategy, according to one person familiar with the company’s international operations. Growing numbers of Chinese tourists venturing abroad helped Ant handle Rmb622 billion (€78.8 billion) in international payments last year.

Next came investments and partnerships in foreign markets. Ant now has 20 such deals, according to Capital IQ, with businesses from e-wallets to insurance providers and business process outsourcers.

Finally, Ant is harnessing Alibaba’s international ecommerce ventures Lazada and AliExpress, which encourage customers to use Alipay, the person said.

In China, Alipay’s rise accompanied that of Alibaba, whose 742 million online shoppers have to use it to pay for their goods. But Alibaba lacks the same stranglehold on online shopping globally, said Ke Yan, an analyst at DZT Research in Singapore. “Internationally, Ant doesn’t have the first-mover advantage.”

Ant has sought to reach the many hundreds of millions of underbanked people in south and southeast Asia by taking minority stakes in 10 e-wallet ventures, sharing its expertise and technology with its local partners.

“Ant’s mission is financial inclusion and to get as many people to have access to what they provide,” said Jan Sodprasert, a Bangkok-based partner at McKinsey who specialises in digital financial services and previously worked at Ant Financial.

One fintech consultant, who asked not to be named because of a business relationship with the group outside of China, said Ant’s problem was a tendency to “airdrop” in Chinese executives.

“Even in southeast Asia, Ant is regarded as a very Chinese company. To get a deeper understanding they need to build a stronger local team... because you’re competing against incredibly strong local players.”

Increasing suspicion of China has limited Ant’s options. It has had to be a lot more “arm’s length” than it is at home, according to Peng T Ong, founder of southeast Asian venture capital fund Monk’s Hill Ventures. The question, he said, was “how good they are as investors rather than operators”.

Two of Ant’s biggest international bets face challenges. Since 2015 it has poured Rmb2.9 billion (€370 million) into India’s Paytm, building a 30 per cent stake. Once the south Asian country’s leading payments provider, it has lost market share and reported a net loss last year that exceeded its total revenues, which were down 6 per cent on 2018.

It is a similar picture at WorldFirst, the UK payments group Ant bought in February 2019 for $700 million (€590.5 million) in its largest expansion into western markets. Under Ant’s ownership last year the company’s losses also exceeded revenues, according to Ant’s IPO filings.

Shane Chesson, a founding partner of southeast Asian VC fund Openspace Ventures, said that while Ant has been busy adding partners, not all of them have turned out to be market leaders.

In Indonesia, the world’s fourth most populous country, Ant-backed e-wallet platform Dana has been sidelined by local rivals.

“These JVs have ownership complexities . . . it remains to be seen if Ant can knit this network together or if larger M&A and more patience is required,” said Mr Chesson.

Mr Yu said offering its technology to other companies may be Ant’s best path to expanding and scaling abroad quickly.

This strategy has worked well for peers including insurance group PingAn, whose OneConnect fintech business has expanded rapidly outside of China by sharing its financial technology both with companies and regulators.

Some of Ant’s partners are already paying to use its services. For example, Singapore’s currency exchange platform M-Daq, in which Ant has a large minority stake, paid it Rmb158 million (€20 million) last year in fees.

However, Mr Yu warned that Ant should not be “spreading itself too thin” in a rush to enter every market.

“US and Europe may harbour too much scepticism against a Chinese tech giant,” he said. “For Ant, it would do well staying in southeast Asia before going elsewhere.”

The company has come under attack from lawmakers in the US, where President Donald Trump’s administration is considering placing the group on a trade blacklist, according to a recent Reuters report. Any such move could have implications for its partnerships with US companies, including Mastercard.

But for investors in its IPO, Ant remains a China play. Kevin Kwek, an analyst at Bernstein, said that for now, “Ant’s investment story is mostly about China.”

The international push is still in its early days and what Ant is focused on is learning about other markets, he said. And given its dominance in China and the cash at its disposal, “they, better than anyone else, are best placed to do that”.