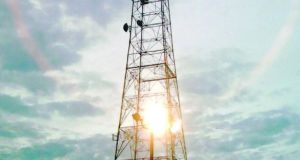 Spectrum is the single largest business expenditure for telcos

Irish telecom companies say they could accelerate the rollout of 5G nationwide if they are given tax relief on buying mobile spectrum licences.

In the letter, TII director Torlach Denihan says introducing relief would allow telcos to further invest in expanding their networks “to provide essential connectivity to the public and business across the country”.

It would, he added, also bring Ireland in line with other European countries that allow tax deductions when purchasing similar intangible assets.

Lobbying comes as the communications regulator ComReg is proposing to award 470 MHz of harmonised spectrum rights, which represent a 46 per cent increase in the spectrum assigned for the provision of wireless broadband services in Ireland.

The regulator says this will “significantly enable the market to provide improved services to meet increasing consumer demand for mobile data and new services”.

Spectrum is the single largest business expenditure for telcos. Five operators collectively agreed to pay €78 million in a 3.6 GHz licence award auction in May 2017 that would allow them to bring out services that include 5G.

5G is the next generation of mobile connectivity, succeeding the current 4G and older 3G systems. It brings faster speeds of up to 1Gbit per second, as well as increased security, reliability and lower lag time on data.

Claiming that 5G will play a significant role in Ireland’s economic recovery and future competitiveness, Mr Denihan said relief should be considered that would be available over the life of a spectrum licence for its cost. This would bring the country in line with other countries, he said.

“Ireland would seem to be an outlier in its tax policy position, which is at odds with that adopted by Germany, Italy, the Netherlands and Spain. This is due to a specific provision of Finance Bill 2003, which does not allow a tax deduction for the purchase of spectrum licences,” he said.

Tax relief is available for the cost of acquiring licences in all other European countries where 3G, 4G and 5G services are provided. In the UK and Netherlands, a deduction is allowed for the annual amortisation amount of the licence cost in a company’s profit and loss account. In the case of Italy, Germany and Spain, licence costs are amortised over the lifetime of the asset and deductible for tax purposes.

Alto, a lobby group that represents all the major telcos bar Eir, said it supports the position put forward by TII in its letter.

“Our view is that where operators are mandated by the State or any state to expensive spectrum fees, it makes sense to give some form of rebate in order to allow for further cash investments in the networks. It is very much a positive step to consider, particularly when moving towards new technologies like 5G,” said Ronan Lupton, its chairman.