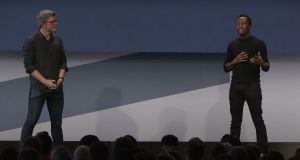 Stripe is to buy Nigerian payments start-up Paystack for an undisclosed sum in its biggest acquisition to date.

The company, founded by Limerick-born brothers Patrick and John Collison a decade ago, led an $8 million Series A founding round for Paystack two years ago.

No financial details relating to the deal have been disclosed although TechCrunch valued the acquisition at over $200 million (€ 171 million).

Founded by Shola Akinlade and Ezra Olubi in Lagos in January 2016, Paystack has developed technology that lets businesses accept payments via credit card, debit card, money transfer and mobile money on their websites or mobile apps. The company employs more than 100 people.

Paystack’s suite, which includes collections, disbursements, identity verification, reporting and commerce tools, is used by 60,000 businesses across Nigeria and Ghana. The company, which processes more than half of all online transactions in Nigeria, has also just started a pilot in South Africa and is eyeing a move into other countries.

Stripe said it is to provide additional resources to accelerate Paystack’s expansion plans in Africa, with the start-up to continue as a standalone business. Over time, it is expected to contribute to Stripe’s global payments and treasury network, which spans 42 countries.

“Paystack is a growth engine for modern businesses in Africa, and we couldn’t be more excited to join forces with Stripe, whose mission and values are so aligned with ours, to nurture transformative businesses on the continent,” said Mr Akinlade.

According to Stripe, the African internet economy is growing quickly, with the volume of online commerce in the region increasing 21 per cent year-on-year, 75 per cent faster than the global average. While Africa represents 17 per cent of the world’s population today, it accounts for only 2 per cent of its online commerce currently.

“We simply can’t wait to see what they will build next and how their growth can turbocharge the African tech ecosystem,” he added.

The deal for Paystack represents Stripe’s biggest acquisition to date.

Stripe, which was valued at nearly $36 billion after raising an additional $600 million from backers earlier this year, was founded by the Collison brothers in 2010. It employs more than 2,800 people globally, including about 300 in Ireland.

The company has been ramping up its investment in promising start-ups of late, recently participating in big funding rounds for US data interchange company Stedi and for the Pilippines-headquartered online payment platform, PayMongo.

Other investments include backing digital challenger bank Monzo, and partaking in a $22.5 million funding round for Step, a mobile banking start-up aimed at teenagers, last year.

1 Guinness brings out a non-alcoholic version of the black stuff
2 Farm lobby seeks EU ban on vegan ‘burger’ and veggie ‘sausage’
3 How long can Government afford to keep State pension age at 66?
4 Don’t worry about the deficit – the lockdown risk is to jobs
5 Frank Fitzgibbon stepping down as Sunday Times editor
Real news has value SUBSCRIBE