CarTrawler lenders likely to get less than half their money back 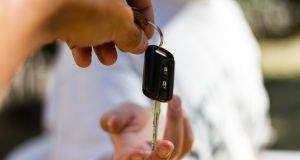 CarTrawler, which makes software used by airlines and travel agents to connect to car-hire firms, was thrown into emergency debt restructuring talks as its business was hit by the grounding of airline fleets internationally amid the Covid-19 pandemic. Photograph: iStock

Lenders to CarTrawler face losing more than half of the €145 million that they are owed under a rescue refinancing deal that is set to see UK private equity group TowerBrook take control of the business.

It emerged earlier this week that TowerBrook had offered to inject about €100 million of equity into the Dublin-based travel software group as it deals with the financial impact of the coronavirus crisis.

A second element of the proposal would see holders of €120 million in CarTrawler term debt and banks behind a €25 million revolving credit facility – which has been largely drawn down – receive cash from TowerBrook for less than 50 cent on the euro for the amount they are owed, according to sources.

Talks are not yet complete, but it is envisaged that a deal could be signed within weeks. Spokespeople for CarTrawler and TowerBrook declined to comment.

Most of the term debt is held in vehicles for repackaged pools of corporate loans called collateralised debt obligation (CLO) entities. Lloyds Bank was the lead bank behind the revolving facility.

CarTrawler, which makes software used by airlines and travel agents to connect to car-hire firms, was thrown into emergency debt restructuring talks as its business was hit by the grounding of airline fleets internationally amid the Covid-19 pandemic.

The company said last month that it was “reviewing its strategic options” as it was experiencing “material trading impacts as a result of the Covid-19 crisis”. The business has been hit by a slump in demand and a surge in refund requests as travel plans were hit amid coronavirus restrictions globally.

The planned €100 million cash injection and elimination of group debt would provide CarTrawler – which has about 425 employees, mainly in Dublin – with a large financial cushion as the travel industry seeks to recover from the current crisis.

It would see current owners BC Partners of London and Insight Venture Partners of New York nurse large losses as they exit a business they had acquired in a debt-backed €450 million deal in 2014.

The 2014 transaction saw CarTrawler’s founding brothers Greg and Niall Turley sell their final 25 per cent of the business for more than €110 million. They made about €80 million in 2011 selling an initial 75 per cent stake in another private equity deal.