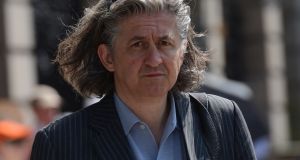 There has been plenty of talk in recent years about the need to establish a good tech ecosystem to facilitate start-ups in Dublin. While we’re a long way from being able to compete with the likes of London or Berlin, it would seem as though some progress is being made.

In recent months we’re seen the establishment of a number of initiatives, including TechIreland, a database aimed at providing a detailed portrait of Ireland’s start-up scene, while yesterday saw the announcement of a partnership between Unilever and Dogpatch Labs.

Such ventures are key to bringing about an environment in which local tech start-ups can thrive.

One of the longer-established initiatives in the space is NDRC, the early-stage tech investor which was founded by a consortium of five Irish universities a decade ago.

The centre’s annual report for 2016, which was published on Wednesday, shows the number of start-ups it backed last year was up by nearly 25 per cent with the value of follow-on investment in portfolio companies, rising 22 per cent compared with the previous year.

As the report shows, a number of companies who are creating waves around the world, including the likes of SilverCloud Health, Nuritas, NewsWhip and BizImply, are rapidly progressing beyond seed stage to become fully-fledged companies.

One simple step the Government could do to further bolster support companies in the tech space is to read up on the recent European Commission ruling that allows Sweden to eliminate income taxes on share options granted to SME employees.

As anyone who knows anybody working for the likes of Facebook and Google will already know, share options are an important carrot when it comes to attracting the best tech talent. So wouldn’t it be opportune to see the Government making moves to deal with the issue in a way that benefits Irish companies in the upcoming budget?