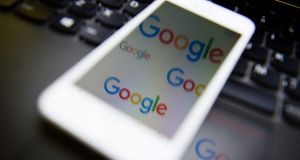 Google won its fight against a €1.12 billion French tax bill after a court rejected claims the search-engine giant abused loopholes to avoid paying its fair share

Google did not illegally dodge French taxes by routing sales in the country out of Ireland, the Paris administrative court decided on Wednesday.

Judges ruled that Google’s European headquarters in Ireland cannot be taxed as if it also has a permanent base in France, as requested by the French administration.

“Google Ireland Ltd isn’t taxable in France over the period 2005-2010,” the court said in a statement. French tax administrators didn’t immediately respond to requests for comment.

In a parallel criminal case, French prosecutors raided the Alphabet Inc unit’s Paris office in May 2016 after months of preparation spent offline to prevent leaks. That ongoing investigation seeks to verify whether Google’s Irish unit has a permanent establishment in France and whether the firm failed to declare part of its income in the country.

“The French administrative court of Paris has confirmed Google abides by French tax law and international standards,” Google said in a statement. “We remain committed to France and the growth of its digital economy.”

EU authorities have been trying to claim a slice of the billions of euros of profit at Google. To end a dispute spanning 14 years, it recently struck a €306 million settlement with Italian tax authorities.

Paris judges ruled that the conditions to tax Google Ireland as if it had a permanent establishment in France were not met as Google France did not have the sufficient autonomy from the Irish headquarters. The court said this was evidenced by the fact that Google France’s employees couldn’t accept online advertising requests from local clients, with all orders needing approval from the headquarters in Ireland.

Ahead of the ruling, Google got a boost last month when an adviser at the Paris administrative court delivered a non-binding opinion that the company should be let off the hook in part because of weaknesses in the legislation.