Dispute is over collective bargaining and a planned redundancy programme 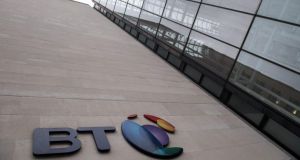 Field engineers working for BT Ireland are to go on strike for several days next month in a dispute over collective bargaining and a planned redundancy programme.

The CWU said its members in BT Ireland had voted 95 per cent in favour of strike action.

It said the dispute had arisen following an announcement by BT Ireland that it intended to make a group of engineers employed by the company redundant and replace them with cheaper labour.

The union said the workers were demanding collective bargaining rights and immediate negotiations in relation to the redundancies and the terms for the introduction of new staff.

CWU general secretary Steve Fitzpatrick said: “Our members are outraged at the display of contempt and disrespect for the rights of its loyal and long-serving employees by management at British Telecom. This is a blatant attempt by the company to undermine the terms and conditions of its employees to which the CWU will not acquiesce or tolerate.

“This attack on workers’ pay and conditions, and the company’s continuing refusal to allow workers in the Republic of Ireland collectively bargain through their union, is a symptom of the company’s discriminatory approach to workplace relations.

“These redundancies were unilaterally announced without negotiation. British Telecom has no problem recognising unions in the UK, but inexplicably refuses to do so in the South. This is outright discrimination against their Irish workforce.”

BT Ireland said it did not recognise the CWU for collective bargaining purposes. It said while it fully respected an individual’s right to be a member, “we have our own employee representative group with whom we consult on all developments in the company, including reorganisations”.

“The CWU sent BT Ireland a letter late this afternoon regarding a secret ballot and planned industrial action in relation to one team in our company. A reorganisation in that team, as a result of reduced volumes of work and changing requirements of our customers, resulted in the announcement of a reduction of seven roles in our field team.

“We offered voluntary redundancy to those who may be interested and also numerous alternative roles (with training) and received no applications for these roles. Ultimately, six field engineers volunteered for redundancy, thus avoiding a selection process, and the process was fully closed yesterday [Monday].

“With more than 600 employees in offices across the country, BT Ireland is one of the leading communications companies in this market, and we will not allow our ambitions to be adversely affected by reckless union activity.”

BT Ireland said that business continuity plans would be put in place to manage any potential disruption caused by strikes.

1 ‘The recovery needs to be a full-scale economic renewal’
2 Michael Smurfit: ‘I asked Trump to invite me to the White House for my 80th birthday’
3 Ireland stands to benefit in a big way from investing in public transport
4 Consumers hesitant about travel as Covid-19 restrictions ease
5 Minister calls on EU to act against tobacco firms ‘undermining’ menthol ban in Ireland
Real news has value SUBSCRIBE