Cabinet presses on with expensive private contract despite mounting concerns 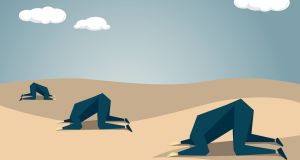 The Government dithered and delayed and ultimately decided to press on, fearful of the political backlash a U-turn at this late stage might trigger. Illustration: iStock

Somewhere in the middle of this broadband saga, the Government got stuck. It had been talking about doing it – rescuing rural Ireland from its broadband woes – since 2012, but really only drove the process forward after the 2016 general election, when the issue came up repeatedly on the campaign trail.

KPMG advised the Government to choose a gap-funding model, with the winning bidder retaining ownership of the new network. Such a model, the consultancy said, would lead bidders to place a high “strategic value” on securing the contract, which would trigger a more competitive process and drive down the required State subsidy in the process.

The exact opposite happened. The industry shunned the process and we were left with one bidder, a US investment firm with no direct experience of building out a project of this magnitude, and the Government over a barrel on price. That price turned out to be €2.9 billion, six times the original estimate.

The Government dithered and delayed and ultimately decided to press on – even against the advice of its own civil servants – fearful of the political backlash a U-turn at this late stage might trigger. But a U-turn may have been in the public interest.

Building telecoms infrastructure where commercial operators don’t want to go – selecting the right funding model, the correct ownership structure and the right technology mix – is proving a headache for governments everywhere for a variety of reasons.

The UK recently dumped a plan to equip all rural households with fibre broadband on cost grounds and now has Labour leader Jeremy Corbyn pledging to bring free broadband as a “universal public service” to every home and business if elected. Labour says the plan to renationalise BT’s infrastructural arm Openreach would cost £20 billion (€23.4 billion), BT claims it would cost £100 billion. Corbyn’s plan may be too costly and too ambitious, but he may have tapped into something fundamental about rural broadband – namely that the private sector can’t deliver. The Government here isn’t listening.