Tech Tools: Bucking the trend for supersized phones, the Xperia 5 is no shrinking violet 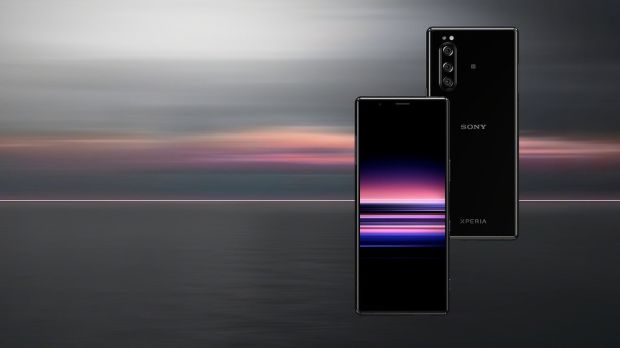 The trend for the past few years has seen phones screens get bigger and bigger. But what if you don’t want supersized? The Sony Xperia 5 isn’t exactly small, but it offers similar specs to the Xperia 1 with a smaller case.

It keeps a 21:9 aspect ratio so you can watch films and TV shows, plus it’s got some decent speakers for its size. In theory, the smaller size makes it easier to use one-handed and easier to hold. In practice, that only works for some people because those of us with smaller hands will still struggle. It’s long rather than wide, so I found it hard to balance it in one hand and type at the same time.

But it is definitely easier to deal with than the supersized phones, if a bit on the skinny side, and still doesn’t scrimp on the camera or other specs. Sony has gone for the triple camera set up, with the wide angle, telephoto and ultra wide angle lens. You have to cycle through each mode with an on-screen button, which is tedious. The photos were, for the most part, high quality, although the wide angle lens had some noticeable distortion. There is a setting you can enable to correct that distortion, switching from prioritising image quality to prioritising correction for distortion. On one hand it’s nice to have a choice; on the other, I don’t like the idea that you have to potentially sacrifice image quality, even a little.

Sony has gone down the automatic route for some of its camera controls. If you enable Smart Launch, your camera will start up as soon as you lift it in landscape mode and aim it at your subject. There is also a sensor on the edge of your screen that will allow you to take a photo simply by doubletapping that instead of the shutter button - in theory. In practice, that didn’t work every time and it was far easier to use the shutter button. Smart launch, on the other hand, was more reliable.

If there was one criticism, it would be that there are far too many buttons on the right side of the phone. You’ve got the volume controls, the fingerprint reader, the lock button and the shutter button for the camera. It’s all a bit busy, and the chance of hitting the wrong button is fairly high.

The best news of all? It’s getting the Android 10 update. So no out of date software for you.

Decoy buses, Trent Alexander-Arnold and a night of drama at Old Trafford

Investors line up to make bids for Learning Pool 10:20
Q&A: What is happening with the attack on the HSE? 09:59
European stocks rebound at end of volatile week 08:42
Tesla in talks with China’s EVE for low-cost battery supply deal 07:52
Travel bubble plans, income equality and the merits of whitewater rafting 06:30

1 Court ruling could help up to 20,000 people in Celtic Tiger-era debt

3 Q&A: What is happening with the attack on the HSE?