No home run yet for Amarin’s heart drug Vascepa 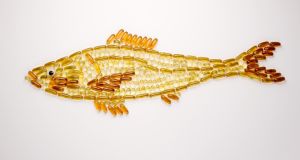 Amarin: will Vascepa be prescribed as a preventative therapy or one used only when evidence of disease is found?

It would be churlish to try to put a dampener on the Amarin team after a Food and Drug Administration advisory panel voted 16-0 to back a dramatic increase in the market for its heart drug, Vascepa.

This, after all, is the same panel that six years ago nearly put Amarin out of business by denying it this wider approval and demanding the fledgling biotech carry out a protracted series of clinical trials to prove its case. Amarin was unlucky at that time that its highly purified fish-oil drug was seeking approval just as a number of highly touted fish-oil drugs failed.

The setback forced the US-based Irish pharma to slash staff numbers in half and question publicly whether it could raise the necessary funds to pursue the Reduce-IT trial. At the time, it was reporting losses of close to $50 million (€36 million) on sales of $8.4 million.

A search for a partner proved fruitless and Amarin was left with a $300 million burden. It persevered and, when the figures eventually arrived last year, they were even better than expected – at least by those outside the company – indicating a 25 per cent reduction in the risk of major adverse cardiovascular events.

The FDA panel confirms that the experts have bought into the Vascepa story. The FDA, when it makes a final decision later this year, is almost certain to back that view.

But, despite the unanimous backing this time around, it remains to be seen quite how good the good news will be for Amarin.

There was concern within the panel about side effects, such as bleeding among patients and also atrial fibrillation. More significantly, there was a debate about whether Amarin should be prescribed as a primary or secondary line of treatment – ie as a preventative therapy or one used only when evidence of disease is found.

Either will mean a major increase in sales for the drug, but restricting its use to a secondary line of treatment will limit Amarin’s capacity to make a blockbuster out of its one and only drug.