Back to the future for KKR 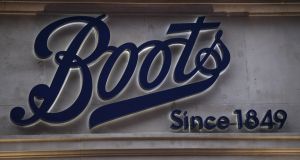 For KKR, the New York private equity group that pioneered the leveraged buyout and whose 1998 purchase of US tobacco-to-snacks conglomerate RJR Nabisco became a chronicle of corporate greed in the book Barbarians at the Gate, it’s a case of back to the future.

The firm was reported by Bloomberg on Monday to have made a formal approach to buy pharmacy chains operator Walgreens Boots Alliance, known in these parts for its Boots network.

With an enterprise value of $73 billion (€66.2 billion), it would dwarf the previous largest leveraged buyout on record, the $45 billion sale of US utility TXU – to none other than KKR and rival TPG, in 2007. TXU would file for bankruptcy seven years’ later.

A happier KKR deal struck on the eve of the financial crisis, however, was its original involvement in Alliance Boots, when it backed Italian-born businessman and the company’s executive deputy chairman Stefano Pessina in taking the business private for £11.1 billion (€12.9 billion) in 2007.

KKR sold 45 per cent of Alliance Boots to US rival Walgreens in 2012 to recover almost all of the $2.1 billion of equity it originally committed to the deal, benefitting from an almost doubling of earnings in the intervening five years. By that stage, KKR fund investors had more than tripled their money, according to company executives.

Walgreens Boots Alliance has been out of sorts of late, however, amid worries that the likes of Amazon and other disrupters could hit its business. But while it’s had few fans on Wall Street, with only one of 24 analysts that cover the stock rating it a “buy”, US financial magazine Barron’s noted last week that it has been returning “gobs of cash” to shareholders, with a 3 per cent dividend yield and a buyback of about 7 per cent of its stock in the latest financial year.

That may appeal to debt funders of a buyout. But there are plenty of signs that we’re back in top-of-the-market territory. Could KKR realistically expect to do well from a second waltz with Pessina, now Walgreens Boots Alliance’s chief executive and in his 79th year?