Board of tech group Inex to step down amid governance row 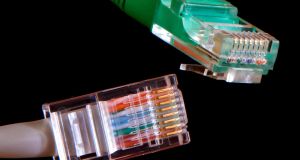 Inex operates a system called peering, which allows large internet companies to exchange traffic between their customers without having to pay a third party to carry that traffic across the internet. File photograph: Michael Probst/AP Photo

The entire board of tech group Inex will step down following pressure from some of its leading members, including Google and BT Ireland, arising from a corporate governance row.

In an email to members shortly before Christmas, the company confirmed that three directors were stepping down with immediate effect, with the remaining two to follow at an extraordinary general meeting (egm) this month.

It is understood that concerns were raised by several member companies following a report in The Irish Times before Christmas, which detailed how a dispute over corporate governance had led to three newly-appointed board members stepping down last year. Members’ concerns are thought to relate to how the company managed potential conflict of interest issues.

Google has temporarily stepped away from some Inex services and will take “appropriate next steps when we have more information about what is happening, and are better positioned to consider whether any change of course is required for Google”, the search giant told Inex in an email seen by The Irish Times.

BT Ireland told the company that it had “lost confidence in the board” after it failed to answer questions to the telecoms company’s satisfaction.

“I see zero sense of urgency from the board, it’s almost as if you are hoping this goes away. Let me be clear that it will not,” a BT executive wrote.

A Chatham House rules meeting between the company and its members late last month failed to adequately address members’ concerns. The BT executive said this approach was “frankly ridiculous given the incredibly high urgency of the situation”.

Inex is owned by and operated for its members, which also include Facebook and Apple. It was established in 1996 and operates a system called peering, which allows large internet companies to exchange traffic between their customers without having to pay a third party to carry that traffic across the internet.

Following the emails from BT, Google and others, and last month’s coverage of the resignations, the company wrote to members stating: “It appears that the only avenue to satisfy a number of members is the complete replacement of the board. To that end, all five remaining directors are now offering our resignation.”

Nominations have been requested for a new board, to be elected at the egm later this month. Following the resignations, broadband provider Westnet told Inex that the resignation of the board was “not an end in itself”.

“We look forward to the new board delivering the answers to which the outgoing board had already committed,” a Westnet executive said in an email.

In a statement, Inex confirmed the directors were stepping down. “Facilitating its continued stability and success and enabling it to effectively deliver services to the internet community and the organisations that use it is central to the board’s role. The board’s decision to resign was in response to that,” the company said.

1 Solar panels: Are they worth the investment?
2 Eason has acquired rival Dubray Books for undisclosed sum
3 Bank leaked my loan request to family who tried to rip me off
4 When the Chemistry no longer works – the closing of a leading Irish ad agency
5 Longview seeks permission for 753 homes in Cork’s outskirts
Real news has value SUBSCRIBE