Move comes after login credentials appear online, claiming to be for Poloniex accounts 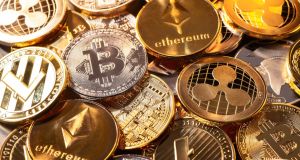 It is not known where the list of leaked email addresses and passwords for cryptocurrency exchange Poloniex originated.

Cryptocurrency exchange Poloniex has forced a number of users to change passwords after login credentials claiming to belong to Poloniex accounts were leaked online.

In an email to users posted online, the company said many of the email addresses did not belong to Poloniex accounts, but it had taken the precaution of forcing password resets for any customers whose address appeared on the list.

Customers took to Twitter, questioning the authenticity of the email, but were reassured by a Poloniex customer support account that it was genuine, urging affected users to change their passwords.

It was not known where the list of leaked email addresses and passwords originated.

Boston-based Poloniex was bought by Circle, a fintech firm with its headquarters in Dublin, in February 2018.

‘The only time apartments were viable was in . . . Ballsbridge, Killiney and Dalkey’ 05:08
Why Irish banks are now looking beyond vulture funds on problem loans 05:04
We have little chance of building enough homes to meet election promises 05:00
How businesses could tackle transport problems in a green way 05:00
Former Glanbia boss joins board of Goodman’s ABP Food 03:45

1 Corona beer firm reeling after 8% slide due to coronavirus
2 Life as a Facebook moderator: ‘People are awful. This is what my job has taught me’
3 Pharma giant AbbVie warned Government against ‘unfair’ €572m tax bill
4 How well paid do you think you are? Here’s how to work it out
5 Why Irish banks are now looking beyond vulture funds on problem loans
Real news has value SUBSCRIBE