Apple has sold more than 1.2 billion iPhones since launching the original in 2007. 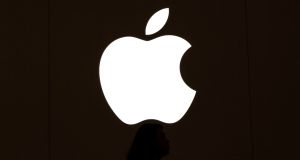 Details of the latest Apple device called the “iPhone X” have been revealed in an apparent leak.

The name of the phone, along with two others called the iPhone 8 and iPhone 8 Plus, were reported by two news sites given access to an unreleased version of the iOS operating system.

The information was published ahead of a launch event at Apple’s new headquarters on Tuesday.

The BBC claims to have confirmed an anonymous source was behind the leak to Apple-based publications code9to5Mac and MacRumors.

A reference to ‘iPhone X’ has fuelled rumours Apple intends to unveil a high-end model alongside more modest updates to its existing handsets.

Other discoveries include images of a new Apple Watch and AirPod headphones, a set-up process for Face ID, and the introduction of Animoji, animated emoji characters.