Web log: Could this be a new way to try long-form tweeting? 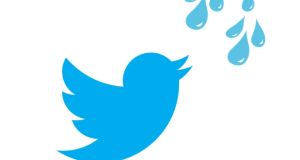 When telling a longer story or examining an issue in depth many Twitter users tend to create a numbered Twitter thread to make it easier for followers to read an entire series of tweets by replying to the previous one, thus connecting them in sequence. This is known as a tweetstorm and is apparently a new but hidden and yet to be released feature.

While Twitter has declined to comment on the tweetstorm function a user named Devesh Logendran, as reported by The Next Web’s Matt Navarra, apparently stumbled across this alleged feature on the Android app, tweeting out some screenshots as proof.

Should the wait prove too much for excited power users, there is already an app called Storm It, which pretty much does the same thing: if you compose one single paragraph the app automatically breaks it into several 140 characters tweets, numbering and connecting them as they are posted.