Apple in talks with Orange on French contact-tracing app

But Orange chief executive says is not a done deal yet 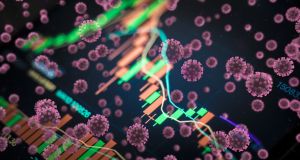 Orange is in intense discussions with Apple over developing France’s smartphone app for tracing people who are at risk of coronavirus infection, the French company’s CEO Stephane Richard said.

Countries are rushing to develop apps to assess the risk that one person can infect another with the coronavirus, helping to isolate those who could spread it.

“There are meetings almost every day. It’s not a done deal yet (...) but we have a discussion dynamic with Apple that is not bad,” Mr Richard added on Thursday.

Apple and Google have so far resisted demands by France to back its approach to using smartphone technology, which involves holding personal data on a central server, whereas the technology firms support a decentralised approach in which Bluetooth logs are stored on individual smartphones.

Ireland’s as-yet unreleased app is expected to work in a similar way, and should be compatible with the technology being developed by Apple. The app, which has been developed by Waterford-based Nearform, is believed to be undergoing testing ahead of its launch. It is not yet clear when the app will be released, however.

Using a decentralised approach is considered by both firms to be more secure and a better way of protecting the privacy of users, something that both companies have pledged to ensure.

“Beware of the statements we’ve heard. The Germans are keeping a channel open. They didn’t choose one side versus another,” Mr Richard said. “The Germans are working on the two options at the moment. I am still hopeful everything will manage to converge quickly.”

Mari-Noelle Jego-Laveissiere, chief technology and innovation officer of France’s biggest telecom operator, said that the French app, dubbed “StopCovid” for now although that name could change, should be ready by the end of May.

The issue has also caused political frictions, with many lawmakers raising privacy issues as reasons to be cautious of such apps. The French prime minister assured there would be a parliamentary debate on the issue once it is ready. _ Addirional reporting: Reuters