Amazon data centre in Dublin gets green light from planners 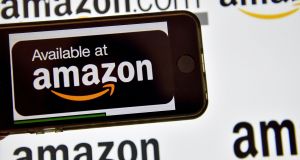 Amazon currently employs 2,500 staff in Ireland and its web services division already has a number of data centres in Dublin, but its Mulhuddart plan- dubbed “Project G” – is its most ambitious to date here.

ADSIL plans to build a 223,000 sq ft data centre in Mulhuddart initially, and has told Fingal County Council it might build seven more data centres on the 26-hectare IDA-owned site.

In support of the plan, the IDA told the appeals board that it views data-centre facilities and infrastructure as crucial to Ireland’s ongoing competitiveness.

The board held a two-day oral hearing into the appeal in September. In his appeal, Mr Daly stated that ADSIL has failed to provide data in terms of how much power from the grid the new centre would require.

At the oral hearing, ADSIL withdrew plans for a proposed 220kV substation and clarified that the grid connection did not form part of the application.

1 Are there annual limits on inheritances or gifts to a child?
2 Opioid executive admits to ‘no morals’ ahead of prison term
3 South Dublin Credit Union members urged to borrow more to ensure survival
4 Who are Ireland’s 17 billionaires?
5 Parties shred pension reform in pursuit of votes
Real news has value SUBSCRIBE