Frontline Ventures among those backing Understand.AI in $2.8m round 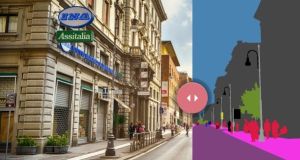 Frontline is among the backers of Understand.AI, which develops deep learning machine algorithms to annotate image and video data for autonomous driving vehicles

Headquartered in Karlsruhe, Germany, Understand.AI, is involved in changing how training data is generated by developing deep learning machine algorithms to annotate image and video data for autonomous driving vehicles.

LEA Partners, a German multi-stage VC firm, led the funding round with other investors including Frontline, Synapse Partners and Agile Partners.

“AI systems aren’t intelligent on their own. They need to be trained to be smart” said Understand.AI chief executive Marc Mengler said.

“The problem is that currently thousands of click-workers manually colour millions of pixels in an image, which is time-consuming, costly and error-prone. At Understand.AI we push the boundaries of technology and AI, to help our customers reach level 5 fully-autonomous driving significantly faster,” he added.

Frontline, which is led by Will Prendergast and is one of the most active investors in the Irish market, last year announced a second €60 million funding round for pre-seed and seed companies in Ireland, the UK and mainland Europe.

Its Fund I was raised in 2013, and invested in 27 software firms across Europe.

Among Frontline’s recent investments include Drop and Brightflag. It has also invested in the likes of Logentries, Orchestrate.io, Qstream, PageFair, Boxever, Pointy and CurrencyFair.

1 Household wealth jumps by 74% since last recession - report
2 ‘Tax war’ will hit Ireland if digital tax talks fail, OECD says
3 Will brother’s widow get half of our parents’ estate when they die?
4 Should I switch bank now with Ulster Bank at risk of closing?
5 EU said to be leaning towards appealing Apple tax decision
Real news has value SUBSCRIBE