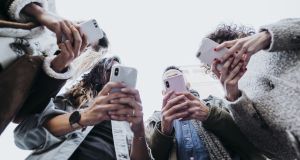 Using Twitter as a tool to teach literature had an overall negative effect on students’ average achievement, researchers in Milan found.

A team of researchers at the Catholic University of the Sacred Heart in Milan found that using Twitter as a tool to teach literature had “an overall negative effect on students’ average achievement, reducing performance on a standardised test score by about 25 per cent to 40 per cent of a standard deviation”.

So, what does this actually mean? We shouldn’t conclude that this is another one of those ‘Twitter is making you stupid’ studies but it does make definite claims about its limits as a teaching tool. Specifically, this trial of 1,500 secondary school students randomly assigned schools to either use Twitter as a tool to read, discuss and study a novel or do so using traditional classroom methods.

This was followed by a standardised test measuring understanding, comprehension and memorisation of the book. It turns out that students using Twitter to engage with their assigned reading were significantly underperforming in comparison to other students. But why?

“It could be that reading several short messages (tweets) coming from peers and teachers could have given students the false impression that they had actually read and adequately studied the assigned chapters,” say the study authors.

“Consequently, they may have devoted less time to careful reading and comprehension of the book (a costly activity) and more time to other preferred activities, such as surfing the net.”

1 Flights abroad ban could last all summer
2 Chris Johns: Economic self-harm is the root of populism
3 UK expected to phase Huawei out of 5G network
4 ‘The rental situation stops me moving back home’
5 How much do Irish people earn? And what will Covid-19 do to our wages?
Real news has value SUBSCRIBE