Google promises to add variety to its search algorithm

Weblog: No more than two listings from the same website will appear in top search results 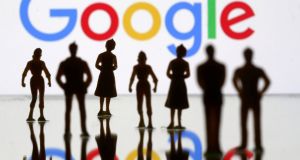 Google has announced it will provide more diversity in its search engine results. Addressing feedback from users, the search engine giant said it will now no longer list any more than two listings from the same website in top search results. Danny Sullivan, public liaison for search at Google, explained that exceptions will be made where the algorithm determines it is relevant for a particular search.

“Site diversity will generally treat subdomains as part of a root domain. IE: listings from subdomains and the root domain will all be considered from the same single site,” he announced on Twitter.

This resulted in many queries from search engine optimisation experts. Twitter user SEOrocks tweeted at Sullivan: “Will the authority of the main domain be feeding into the [subdomains] or are we treating each as a separate site of its own right?”

Others pointed out that domains with different geographic variations were still showing up more than twice and with non-relevant results. SEO consultant David Carralon told Sullivan: “It doesn’t seem to work in some verticals, eg: jobs. See my search for a specific job in Google UK, VPN geotargeted to London. I get 4 Indeed listings for irrelevant locations to a Uk user.”

Teething problems aside, this tweak should lessen the effect of search listing dominance and lead to greater diversity in top links given to users.