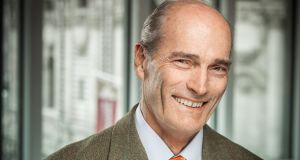 The Agora Publishing consortium, which includes more than 40 media companies, is to create 135 additional jobs in Waterford, most of which are tech roles.

The group, which is headquartered in Baltimore, Maryland, announced the new jobs as it prepares to mark its 20th anniversary in the southeast.

Founded by Bill Bonner in 1978 as a publishing start-up in a terraced house in Baltimore, Agora has evolved into a network that produces and markets over 300 financial, health and lifestyle publications.

The consortium, whose publication predominantly appeal to conservative readers, estimates that its various titles reach more than 4 million people around the globe annually. One of the company’s flagship publications is The Daily Reckoning, a free investment-focused newsletter that has more than 500,000 subscribers.

“People now more than ever really want a different view from the news media,” Mr Bonner told The Irish Times.

“We’re essentially a newsletter business, an alternative press where cranky old guys give their opinions about things, most often the stock market. But now there’s also a huge political side and a health one too,” he added.

Agora first located its lifestyle publishing operation International Living magazine to Waterford in December 1998. It now employs 270 people locally having announced a €4.4 million investment in a new multilingual and technology services in 2015, which led to the creation of 100 additional jobs over a three-year period.

The company now operates out of Woodlock House, Portlaw, Co Waterford, as well as Confederation House in Waterford city.

It said the new roles will be in the areas of digital publishing, software development, technical support and customer support.

“We have designated Waterford as our global headquarters outside of North America so all the processing for group companies is done from Ireland and it is a very important operation to us,” said Mr Bonner.