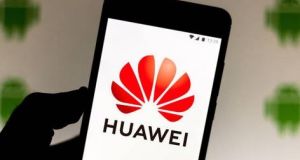 Out of $70bn that Huawei spent buying components in 2018, some $11bn went to US firms including Qualcomm, Intel and Micron Technology. Photograph: Getty Images

Huawei is planning extensive layoffs in the US as the Chinese telecoms equipment company grapples with its US blacklisting, the Wall Street Journal reported, citing people familiar with the matter.

The layoffs are expected to affect jobs at Huawei’s US-based research and development subsidiary Futurewei Technologies, which employs about 850.

After the US commerce department decided to put Huawei on its so-called entity list, Futurewei employees have faced restrictions to communicate with their colleagues in Huawei’s home offices located in China, sources said.

The news comes as it emerged that the US may approve licences for companies to restart new sales to Huawei in as little as two weeks. Commerce secretary Wilbur Ross said last week that the US government would issue licences to companies seeking to sell goods to Huawei where there was no threat to national security.

Huawei, the world’s largest telecommunications equipment maker, was added to a commerce department list in May that prohibits US companies from supplying it with new US-made goods and services unless they obtain licences that will likely be denied.

Out of $70 billion that Huawei spent buying components in 2018, some $11 billion went to US firms including Qualcomm, Intel and Micron Technology.

Huawei remains on the entity list, and relief would be temporary.

Separately, in Britain, Westminster’s science and technology select committee has found that there are no technological grounds for banning Huawei from the UK’s 5G networks.

In a letter to culture secretary Jeremy Wright, the chairman of the parliamentary select committee said it had “found no evidence” that excluding Huawei from UK telecoms infrastructure would be a “proportionate response” to security fears around the company.

“The benefits of 5G are clear, and the removal of Huawei from the current or future networks could cause significant delays.”

However, the committee said it felt that there may well be geopolitical or ethical considerations that the government needed to take into account when deciding whether they should use Huawei’s equipment. – Reuters/PA