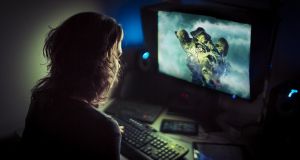 A new study from the CEU Cardenal Herrera University in Spain has found that 11.9 per cent of teenagers (from a group of 64) are “addicted” to videogames in that their use of such games is classified as problematic. Furthermore, this problematic use seems to go hand in hand with negative attitudes towards teachers and issues with adapting to a school environment.

Unlike previous studies on the effects of videogames, the authors said that over issues such as depression, low self-esteem and anxiety, these negative attitudes towards school are what stood out.

The researchers, however, were keen to point out that there needs to be a “better understanding of the psychological variables related to the problematic use of videogames, as a possible source of dual disorders or mental disorders derived from the addiction”. These attitudes may be correlated with videogame addiction rather than caused by it.

Although treatment centres for videogame addiction have been in existence for years, it was only recently officially recognised by the World Health Organisation (WHO) as a mental health condition known as “gaming disorder” and is now listed in the WHO’s ICD-11 (International Classification of Diseases) diagnostic manual.