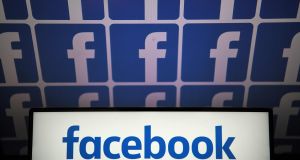 Facebook won’t launch Libra, the controversial cryptocurrency it’s planning to build with dozens of partner firms, until regulators’ concerns are fully addressed, according to the company’s top executive on the project.

David Marcus, who will appear before members of both houses of US Congress to discuss the project this week, said Facebook will also get “appropriate approvals” before launching Libra.

The cryptocurrency isn’t intended to compete with countries’ national currencies and won’t interfere with central banks on monetary policy, Marcus said in testimony prepared for a July 16th hearing before the Senate Banking Committee.

“The time between now and launch is designed to be an open process and subject to regulatory oversight and review,” he wrote. “We know we need to take the time to get this right. And I want to be clear: Facebook will not offer the Libra digital currency until we have fully addressed regulatory concerns and received appropriate approvals.”

Still, Facebook has said it’s eyeing next year for the launch of Libra, which has drawn the ire of skeptical lawmakers, Federal Reserve Chairman Jerome Powell and President Donald Trump.

While details remain scant, Facebook and its partners say the token will be built on a new Blockchain infrastructure and will be backed by a reserve of bank deposits and short-term government securities.

After the Senate Banking Committee hearing on Tuesday, Marcus is slated to testify the following day before the House Financial Services Committee, where Chairwoman Maxine Waters has called for a moratorium on the project.- Bloomberg