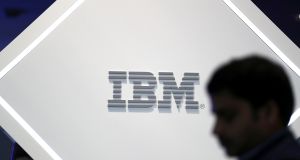 IBM has landed its first high-profile customer for the set of cloud computing technologies it assumed following the completion of its $34bn purchase of open source company Red Hat last week.

The US tech company said on Tuesday that it had signed a multiyear contract with AT&T worth “billions of dollars” for a range of cloud and other technologies that included the Red Hat products, though it would not provide more precise details.

Ginni Rometty, the IBM chief executive who has gambled on Red Hat reviving growth after years of contraction, claimed the contract was an early sign that the strategy was working.

IBM bought the open source software company, best known for its support of the Linux operating system, to build out a software platform for customers to move their computing workloads between their own data centres and the cloud - known as hybrid cloud service - and to manage workloads spread between different cloud computing providers.

“This is a vindication of the value of the hybrid cloud, and the value of Red Hat,” Ms Rometty said. IBM would handle much of AT&T’s computing workload in its own cloud data centres while also managing AT&T’s work with other cloud providers, she added.

The telecommunications giant was already using Red Hat technology and has been one of IBM’s biggest customers for the past two decades.

However, John Donovan, head of AT&T’s communications business, said that the IBM acquisition had given AT&T the confidence to move much faster in shifting to the cloud. IBM’s deep understanding of AT&T’s business should reduce the risk from a highly complex technology transition which would involve rewriting all the company’s internal applications, he said.

Ms Rometty said the effects of the AT&T contract would be felt across IBM’s operations, reflecting the broad impact it hoped to get from the Red Hat deal. Besides higher sales for the Red Hat division than it could have achieved alone, she said the deal would bring extra revenue for IBM’s business services division, which handles app development, as well as its global technology services unit and public cloud business.

The IBM chief has bet on Red Hat rekindling IBM’s growth by making its overall set of technologies more relevant after it lost out to public cloud services from Amazon and Microsoft. However, Red Hat’s revenue last year of $3.4bn was less than 5 per cent of IBM’s, raising a question about how much impact the deal will have on its overall business.

The work of moving some of AT&T’s applications to the cloud was only part of the range of services covered by the contract announced on Tuesday, making it unclear how much of the value was tied to the Red Hat technology. The deal also includes developing “edge” computing to bring applications closer to AT&T’s customers, and IBM becoming a customer for some of AT&T’s networking services.

IBM is due to report its latest earnings on Wednesday, though it has put off a deeper discussion of the likely impacts of the Red Hat deal on its business until an investor meeting on August 2nd. – Copyright The Financial Times Limited 2019